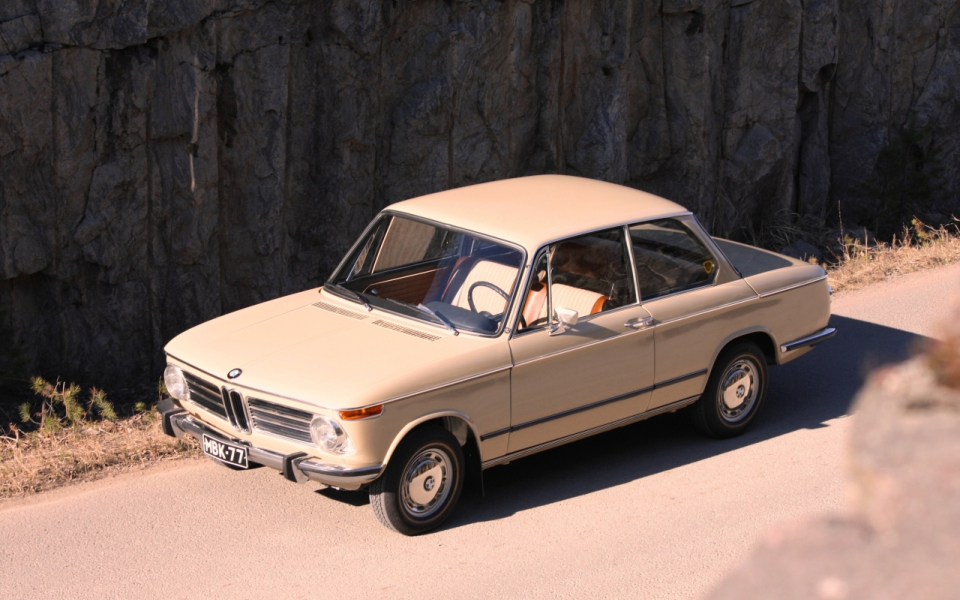 The background to the creation of the 2002 range lies in the early 1960s, when BMW introduced their ‘Neue Klasse’ (New Class) range with the introduction of the sporty, yet compact ‘1500’ four-door. It plugged the gap in the range between the Isetta bubble car and the upper-end offerings and its success is historically seen as the model that took BMW to the position it is in today. This success gave them the confidence to introduce further models along the same lines, and the attractive compact sports coupe, the 1600 (or 1602 to give its series title), was officially unveiled at Geneva in March 1966. It sported a 72kW 1.6-litre engine and was acclaimed by the enthusiast motoring journalists of the time. 1968’s 2002 went further still, and remains an iconic BMW to this day, with an initial 81kW from its 1990cc engine. The range continued through to 1976 when it was taken over by the first of the 3-series, the E21, though it could never match the timeless elegance of the -02 series styling.

This example, chassis no. 1748069 was made in Kontich, Belgium, 1972 (see manufacturers plate) and sold new by the BMW Dealer in Brussels to a Finnish diplomat in 1972. He imported it to Finland in 1973, and the history is known to the present day.

A previous owner bought the car in 2002 when it had clocked 109 000 kms. He then stored it until 2006 when a total nut and bolt restoration was started, lasting until 2012 and including a bare metal respray with original “BMW 006 Sahara”.
About 10 000 € spent on new spare parts alone. In addition disassembly + cleaning + reassembly, approx. 2000 working hours.
Ready for show and go. EZ power steering fitted in 2015 – easily removable. Seat fabric has been replaced with non-original type of material (the original is not very durable).
During restoration the speedo was changed, reading now 26000. Correct total mileage is 116K kms and the old speedometer comes with the car.